Summertime, and the Living is Easy...NOT!

Holy moly!!  Has it been more than a month since I was here?  It's just been that busy - I've been researching early retirement, like next year.  Well, that's not going to happen.  I don't qualify for Medicare for three more years and health insurance is untouchable without it or a job!  And so I decided they are stuck with me for three more years.

I've now moved into planning a business - something that will help get some bills paid off while I'm still working and will supplement the retirement income (AKA Social Security) after I stop working.  I am going to do workshops for Early Learning Professionals - but I had no idea how much went into planning, not only the workshops but the business it's self - wow!!

And now, getting back to summer.  Oh, haven't I been there yet?  Well, it's been a HOT one!!  I've never been one that enjoyed really hot days, but as I travel through those crazy menopausal days of personal heat coupled with the really hot days (I mean like 110 one day), it's been nasty!! 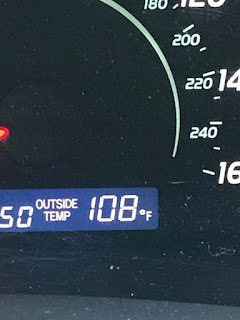 Now some of you from warmer climates might say, "oh that's not hot!  It's like that here every summer", need to understand I am a West Coast girl all the way!  I grew up in the temperate climates of Southern California - a beach community no less.  Our temperatures were almost always between 50 and 78 degrees,  depending on the season.  Then moving to Oregon, we have real seasons here by comparison, but the hot summer days are usually one three or four days all summer and, maybe, in the 90s.  This year we had five days in the triple digits that started with a week in the upper 90s and was followed by a week in the upper 90s.  And today there is rain.  Not so hot, but oh so humid. 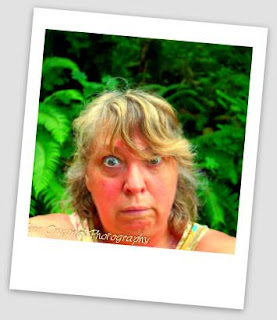 And my poor ol' menopausal body is just not liking it....
Posted by The Lazy Gastronome at 6:34 AM 1 comment:
Email ThisBlogThis!Share to TwitterShare to FacebookShare to Pinterest
Newer Posts Older Posts Home
Subscribe to: Posts (Atom)